WSB Board of Directors

I started fishing at four, hunting at eight and trapping at sixteen. I have been bowhunting since 1967. I have a degree in Wildlife Biology from Kansas State University.

I have been a life member of WSB for 25 years. I volunteered to be the newsletter editor when Jay St. Charles was president, a position I filled for eight years. Tim Vlcek and I coordinated elk and bighorn sheep feeding at the Oak Creek Wildlife area for over fifteen years. I helped secure funding and volunteer efforts in an Elk Mortality study done by Jack Smith for the WDFW. I have helped setup the Banquet/Auction for a couple of decades. I have manned the WSB booth at Sportsmen shows for a number of years. I was a member of the WDFW Law enforcement advisory committee for several years.

I encourage all WSB members to volunteer some time to help ensure the future of bowhunting in Washington. 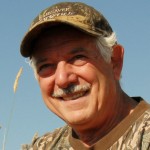 I began bow hunting when I bought my first recurve bow at Northwest archery from Glenn St. Charles in 1969. Other than a little shotgun hunting, I have been an avid bow hunter ever since. I usually hunt several states every year.

I originally belonged to Washington State archery Association. I was a regular member of the Pope and Young club but resigned my membership when it got to be too political.  I was one of the founding members of Washington State Bowhunters along with Chuck Bartlett and Gerry Egbert. We stated the Club in 1976 with the help of many new members. The idea of the Club was that each member had one vote and had a voice in the Club.

I was involved with challenging the Wildlife Department in 1984 because we virtually had no bow hunting seasons. This movement was spearheaded by Lt. Governor Brad Owen, who at the time was the chairman of the Senate Natural Resource committee. He introduced Substitute Senate Bill 4084 which got the attention of the 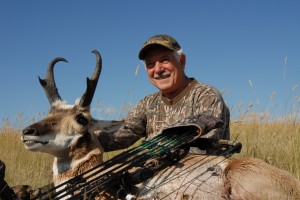 Wildlife Department and the legislature. This was the beginning of better early and late bow hunting seasons.

I was involved with an eleven meeting tour in various cities in the Sate of Washington with Glen St. Charles to encourage Resource Allocation. This movement was spearheaded by Rich Poelker who was an Assistant Director in the Wildlife Department. Eventually Resource Allocation was adopted and enabled Bow Hunters to get better seasons through choice of weapons.

I continue to serve on our Board of Directors with the view of protecting the hunting rights of all Washington Bow Hunters whether they hunt with long bow, recurve or compound bow.

While I’m an attorney by profession, I am also an avid hunter, bow-hunter, and outdoor photographer living in Bellevue, WA.  I am married with one daughter.

I have been a resident of WA for all but 6 years in my life and have spent my life hunting, fishing, and hiking nearly every area in WA state.  I avidly bow-hunt WA elk, deer, and small game each year.  I have been a board member, vice-president, and president of the WSB and have enjoyed representing the WSB over the years. 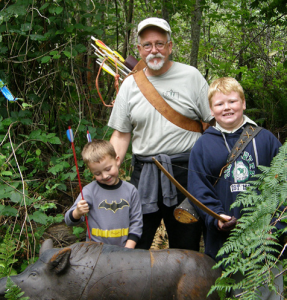 From an early age, I took an interest in archery. At age 6, I remember seeing an arrow fly out of my longbow . . and I was hooked. Over the years I’ve seen dramatic changes in archery and bowhunting, and I’ve had an opportunity to interact with many wonderful people in the archery world. My main interest is big game hunting in North America with traditional archery equipment. However, I embrace all forms of hunting in general and all the rights that go along with that.

I’ve been a life member of WSB for many, many years. Early on I volunteered to be the editor of the newsletter and continue in that capacity. I recently retired from the business world and have now joined the WSB Board as a Director supporting our organization in the ongoing mission ‘working to ensure the future of bowhunting.’ 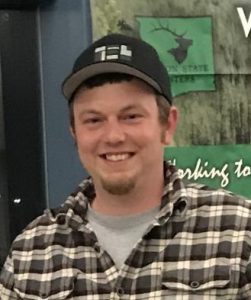 I was introduced to hunting at a young age by my uncle and have been involved in the Washington State Bowhunters since I started shooting a bow when I was 5 years old. When I was 13 I went on my first archery elk hunt and have been hooked since. I do participate in all user groups of hunting but archery is my favorite. I’ve lived in Washington my whole life. Married with a son and daughter and live in Stanwood Washington. My profession is a Land Surveyor so it’s safe to say I work and play outdoors about 100% of the time. In reality I think about hunting 365 days a year. 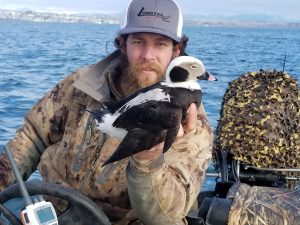 I started shooting archery at 10 years old but didnt take up hunting until my late teens. I started hunting the deserts and mountain ranges of California. In the last 6 years I have moved back to Washington and enjoy hunting both sides of the state. I am an avid water fowler as well mainly chasing sea ducks. 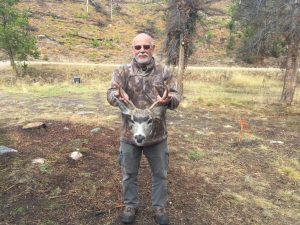 Born and raised on a farm in North Dakota, I was introduced to the outdoors at an early age. Moving out west to Covington WA I fell in love with the Mountains. I have been in Covington for 20 yrs now. I took up bow hunting in 1980 when a good friend and hunting partner suggested we try bow hunting for late mule deer around the Twisp area. I enjoy bow hunting for big game such as elk & deer, but just love bow fishing.

I grew up in Fountain, a small village in Michigan. As a young man, I bow and rifle hunted in Mason County, which is known for its high whitetail deer population. After high school, I went to Lake Superior State University in Sault Ste. Marie, MI where I majored in Fisheries and Wildlife. I continued to hunt and fish in the Upper Peninsula, and interned for three years with the Department of Natural Resources. While interning, I trapped nuisance bear, banded waterfowl, and worked at harvested deer check-in stations along with many other activities. After I received my Bachelor of Science in Fisheries and Wildlife, I took a trip out west with my fiancé (now wife). We drove from Michigan to Washington on Highway 2, and ended up falling in love with western Washington. After marrying in 1999, we moved to the Seattle area and have been extremely happy with that decision. Although the move was a good choice, it did have a negative impact on my ability to hunt. After 14 years of living in the northwest, I finally found a hunting home, and began bow hunting elk in 2013 at the Hell Camp. It reawakened my favorite past time; I now like to take advantage of every opportunity I have to be around or take part in this sport.